Will We Ever See A “Normal” Housing Market Again? 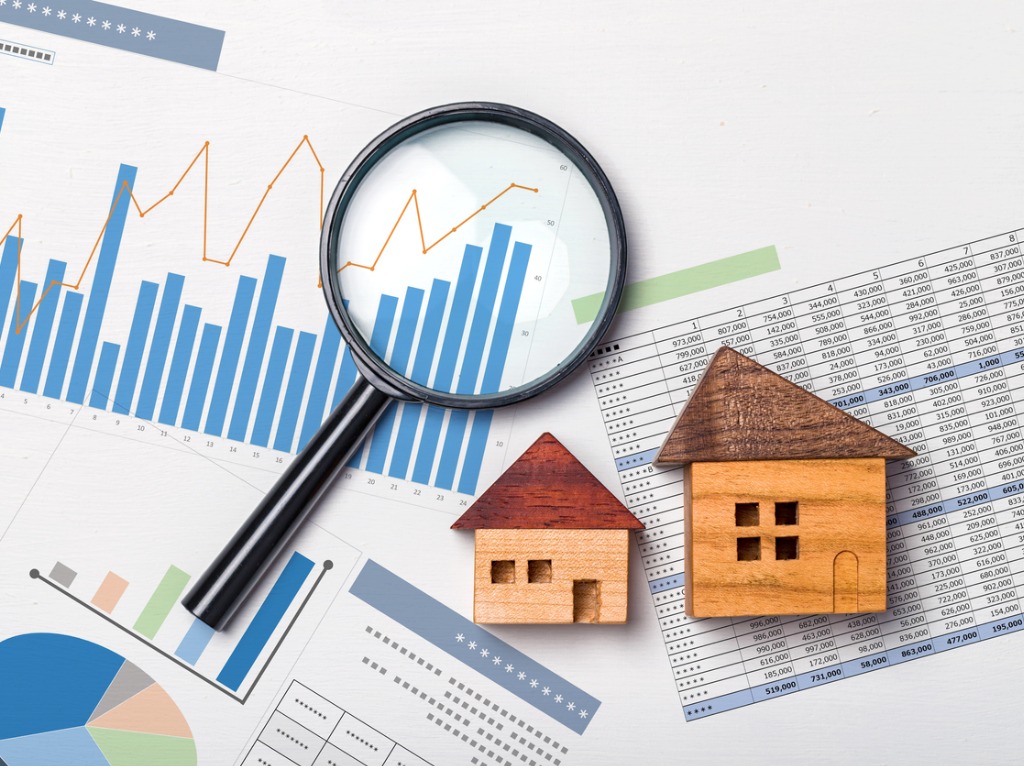 The question on everyone’s minds: When will this housing market cool down? Arch MI investigates this and more in its Spring Housing and Mortgage Market Review. HousingWire broke down the data.

We’ve been talking about it all year – housing inventory is low and home prices are soaring. Even as mortgage rates rise from 2020’s record lows, buyers are still flocking to a highly competitive market. When will housing affordability level out? To answer that, we have to examine Median DTI and the year 2018.

Median DTI can reflect what higher rates could mean for affordability. The ratio would rise if median home prices grew faster than incomes and if interest rates increased. For affordability to return to average levels in 2021, two things need to happen:

2018 was the last time we saw interest rates returning affordability to the long-term average. In Q4 of 2017, the Freddie Mac 30 year-fixed rate averaged 3.92% and over the next year rose to 4.78% by Q4 in 2018. This pushed Median DTI from 29% to 31.5%. This decrease in affordability only resulted in a slight tap on the brakes for the housing market.

Let’s look at 2021 with the following assumptions:

If this scenario happens, the inventory of existing homes for sale may only increase by 80,000 in 2021.

Okay, so then what’ll happen? With a reduced rate of sales and increasing inventory, we would begin to see months’ supply also increase. In this example, months’ supply would increase to 3 months by December 2021.

If this were to play out as expected, we could see a slow return to long-term average levels of affordability and a slow movement toward a more balanced supply and demand dynamic and moderation in home-price growth. In short, it will take time, but things will eventually cool off.

While it’s understandable that mortgages aren’t a scintillating topic, falling for many of the rampant mortgage myths circulating among (well-meaning) friends and advice givers can hurt your home-buying chances, big-time. Realtor.com wants to make sure you’re aware of the biggest misconceptions about home mortgages. Here are four of the most egregious mortgage myths – debunked.

You need to make a 20% down payment

Sure, a 20% down payment on a home is ideal. After all, the more money you put down, the less you’ll owe – and the less strain you’ll feel to cover your monthly mortgage payments. Still, that doesn’t mean you must put 20% down. Plenty of loan programs accept far less.

The Federal Housing Administration lets borrowers get a mortgage with a down payment as low as 3.5%, as long as their credit score is 580 or higher. (People with credit scores between 500 and 579 are still eligible but must make down payments of at least 10%.)

The catch? If you pay any less than 20% on a conventional loan, you’ll have to cough up private mortgage insurance, an extra monthly fee paid to mitigate the risk that you might default on your loan. And PMI can be pricey, amounting to about 1% of your whole loan—or $1,000 per year per $100,000. Still, if you’re chomping at the bit to buy a home, there’s no reason to lose hope if you lack a huge down payment.

The best mortgage is one with the lowest interest rate

While your mortgage interest rate is important because it will affect the size of your monthly payments, don’t forget other fees can vary wildly from offer to offer. For instance, there’s an origination fee to cover the processing and paperwork of the loan, which can vary from 0.5% to 1.5% of your loan – that’s quite a spread.

To make sure you’re getting the best bargain, talk to at least three lenders. “Don’t just ask about the interest rate,” says Sheinin. Instead, ask the lender for a breakdown of your total costs.

“Loan estimates should break down the fees so that borrowers know exactly what they’re getting,” says Staci Titsworth, a regional manager of PNC Mortgage in Pittsburgh. Another question worth asking is the loan officer’s availability. Do they provide clients with their cellphone number? “If it’s the weekend and you need a pre-approval letter on a property ASAP, but your lender only works 9 to 5, you’re in a bind,” Sheinin points out.

Pre-qualification and pre-approval are essentially the same

Absolutely not. Pre-qualification is basically having a conversation with a lender – it guarantees nothing. On the other hand, a pre-approval entails providing a loan officer with all necessary documentation – your tax returns, bank statements, pay stubs, and more – to obtain a mortgage.

The loan officer then packages the loan and submits the file to an underwriter for review. A lender will then provide you with a letter stating you’ve been pre-approved for a certain amount. And with that letter in hand, you’ll be in a prime position to make an offer when you find your dream home.

An adjustable-rate mortgage (ARM) is only for risk takers

ARMs got a bad rap after the 2008 financial crisis. Because while they offer a lower interest rate for a fixed initial period (typically five years), the rate is subject to change based on market conditions – and could go way up.

Yet an ARM may be a viable option based on your unique circumstances. For example, if you’re planning to move within five years, then you’re a good candidate. An ARM’s rate won’t even start adjusting until you’ve left the property. And in that time frame, you’ll save a ton on interest, because an ARM’s interest rates are typically lower than that of fixed-rate mortgages. This translates to lower monthly mortgage payments and, of course, more money in your pocket.

Sales of existing homes in May dropped for the fourth straight month due to a very low supply of homes on the market, according to CNBC.

Existing home sales fell 0.9% last month from April to a seasonally adjusted annualized rate of 5.8 million units, according to the National Association of Realtors. The 5.8 million rate is modestly above pre-pandemic levels.

“Sales are essentially returning towards pre-pandemic activity,” Realtors chief economist Lawrence Yun said. “Lack of inventory continues to be the overwhelming factor holding back home sales, but falling affordability is simply squeezing some first-time buyers out of the market.”

Very low inventory amid high demand continues to fuel extraordinary price increases. The median price of an existing home in May was $350,300, a 23.6% increase compared with May 2020. That is not only the highest median price ever recorded but also the strongest annual appreciation ever.

“With four consecutive monthly declines in existing home sales, May’s sales activity points to a potential moderation in growth for the remainder of 2021,” said George Ratiu, senior economist at realtor.com. “As inflation is weighing on consumers’ budgets and the Federal Reserve indicating it may pull back on its monetary easing sooner than anticipated, interest rates and high prices will keep affordability front-and-center for buyers.”

Mortgage rates have risen above three percent for the first time in ten weeks. As the economy progresses and inflation remains elevated, we expect that rates will continue to gradually rise in the second half of the year. For those homeowners who have not yet refinanced – and there remain many borrowers who could benefit from doing so – now is the time.

The Freddie Mac weekly survey shows the average rate for a 30-year fixed mortgage is 3.02%, which is 0.09 points higher than last week, and down 0.11 points from this time last year.

We're always available to help out, get in touch with us any time, or shoot us an email.

Please provide your name and email