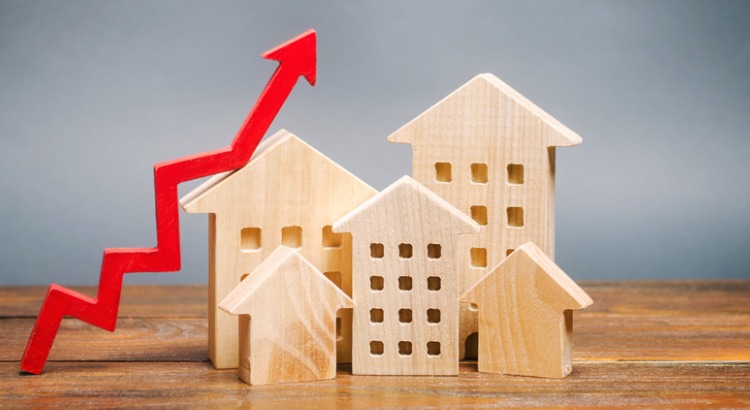 by Nena Perry-Brown with Urban Turf

The cold weather has not cooled activity in the DC area housing market — at least for the few homes that are available. And a recent listing on Capitol Hill is an example of that.

At the end of 2021, there were just over 4,000 active listings on the market in the region, according to Bright MLS, down 22% compared to the prior year and the lowest level on record for the region. Although supply is up 9% year-over-year in Prince George’s County, there were significant drops everywhere else in the region, led by Alexandria (down 42%) and Fairfax (down 41%).

Homebuyer demand remains high despite the low supply of homes for sale. And, between an influx of younger buyers into the market and low interest rates, people are buying homes quickly, if not quicker than they had a year ago. While the DC area is not alone in seeing this type of activity, conditions here contribute to a perfect storm of competition: high-income households, a strong regional economy, and buyers willing to shell out big bucks.

A home that recently sold in Chevy Chase DC is a good example of this storm.

The house across from Rock Creek Park had some factors working against it, like a split-level layout and it coming on the market in the typically-slow month of January. However, it also offered a lot for its $1.3 million price tag, like “a home office with a private entrance” and a pool. The home was shown 120 times in less than a week  and ultimately received 17 offers, closing for more than $400,000 above the original asking price.

The area’s suburban market does not offer a reprieve from this competition. Sarah and Michael King have been looking to purchase a house as they relocate from Indianapolis, but since they began their search last year, their flexible moving time has done little to assure them of success. They have made seven offers on homes in various Montgomery County neighborhoods since October and haven’t gotten to the closing table.

Each offer and listing had its own particular set of circumstances, some more disheartening than others. For example, the Kings got radio silence from a seller after putting in an offer on a listing they knew about before it hit the market; ultimately, the seller sat on the offer and accepted another for $5,000 more without giving them the opportunity to counter.

In many instances, they have offered roughly 10% above the listing price as a rule of thumb, but that wouldn’t have helped for one of those missed listings in Potomac: more than 20 offers came in, putting the property beyond what they would have expected to pay.

A report on the January housing market out next week will provide some indication as to whether or not the supply of homes on the market is increasing, alleviating some of the pressure on buyers. But with just a six-week supply available now, there is a long way to go to reach the six-month inventory benchmark that is indicative of a balanced market.

We're always available to help out, get in touch with us any time, or shoot us an email.